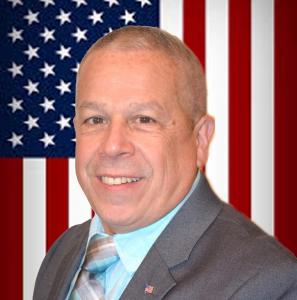 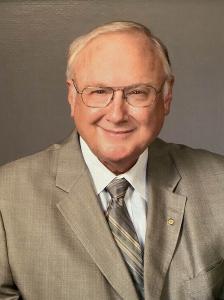 It is a statement to the dedication of our membership and leadership to have held such a successful gathering…and that four past presidents were on hand throughout the event.”

In addition to the conference attendees, the ICA Board, and members of the Representative Assembly, four prior ICA Presidents attended – Dr. Robert Braile, Dr. Gary Walsemann, Dr. George Curry, and Dr. Stephen Welsh.

Dr. Selina Sigafoose Jackson, current ICA Board President stated, “It is a statement to the dedication of our membership and leadership to have held such a successful gathering where the focus was on keeping chiropractic in the lane of chiropractic while working to expand the availability of chiropractic care worldwide and promoting the opportunity of becoming a chiropractor. We had four past presidents in attendance throughout the weekend, engaging with our Assembly and Board. They stayed on and attended our Continuing Education program. This level of participation is a testament to the dedication of these individuals to the ICA.”

Continuing Education Program: Dr. Edwin Cordero offered the keynote address to launch the continuing education program, sharing words of wisdom regarding the importance of leadership, reflection on his time serving in the Navy, his roots in Puerto Rico, on increasing diversity in the profession, and integrating the philosophical principles of chiropractic into the care of patients.

ICA Board Officers Elected: The Board conducted its elections, Dr. Selina Sigafoose Jackson continues in her role as President, Dr. Joseph Betz was elected Vice President, Dr. Brian Moriarty was elected Secretary, and Dr. Jon Stucky was re-elected as Treasurer.

Fellows of the ICA: The Fellows of the ICA (FICA) held their annual breakfast and inducted two new Fellows. Dr. Brian Moriarty of Stuart, Florida and Dr. Edwin Cordero, President of Sherman College of Chiropractic. They also held the vote for Chiropractor of the Year which was announced at the Saturday Evening Awards Banquet.

Mr. Stethem spoke about his family’s extensive history with the U.S. Navy, the importance of duty, and the ultimate sacrifice his brother Robert made during the hijacking of TWA 847 in 1985. Mr. Stethem also spoke about the significant role regular chiropractic care has played in his life and the life of other special warfare operators as well.

Chiropractor of the Year Award: Dr. Lorenzo E. “Larry” Marchese of Nutley, NJ was awarded the ICA Chiropractor of the Year for 2022. Dr. Marchese has a long history of volunteerism within the chiropractic profession and the ICA. He currently serves on the ICA Board of Directors, where he is a member of the Executive Committee. He previously served as Chairman of the ICA Representative Assembly, having been elected by his peers when he served as the Representative for New Jersey. As Chairman, he mentored representatives from all 50 states, and over 52 countries where the ICA has membership. A 1983 graduate of Life University Dr. Marchese is a past member of the Board of Trustees of Life University.

About the Award: The ICA Chiropractor of the Year Award was created by ICA’s Founder Dr. BJ Palmer in 1950 and presented annually to one exceptional individual who has distinguished themselves throughout their career through extraordinary service to the ICA and the chiropractic profession. Its recipient is elected during the annual meeting of the Distinguished Fellows of the ICA held in conjunction with the Association’s annual meetings.

Herbert Ross Reaver Award: The ICA Board voted unanimously to award Dr. Timothy Meng the Herbert Ross Reaver Award for his more than thirty years of leadership and service to the ICA and chiropractic profession. Dr. Meng served as a member of the Representative Assembly before being asked by Dr. Sid Williams to serve as the ICA Secretary in 1982, when Dr. Williams was elected as ICA President. Dr. Meng has continued his service on the Board for most of the last 30 years, most recently serving as the Chairman of the Governance Committee. A graduate of Cleveland Chiropractic College. Dr. Meng is active in his local community including on the Eagle Scout Board, and for many years he has served on the Cleveland University Board of Trustees, including as Chairman. The Herbert Ross Reaver Award is named to honor former ICA Vice President to the first ICA President and Founder, Dr. B.J. Palmer. Dr. Reaver was known during his lifetime as the most jailed man in the history of chiropractic, having been arrested 12 times in the 1930s and ’40s. His principled focus on refusing to plead out on charges that he was ‘practicing medicine without a license’ played a pivotal role in the licensing of chiropractic across the states as a separate and distinct profession.

Dr. Chester Wilk was awarded the Preserving the Profession Lifetime Achievement Award for his significant contribution to the ICA and Chiropractic across his lifetime including never giving up in the landmark case, Wilk vs. the AMA. As we go to press, the ICA has learned Dr. Wilk passed away on the afternoon of April 21, 2022. The entire profession is indebted to Dr. Wilk and those who fought with him for 12 long years in the federal courts.
The Full List of Awardees may be seen at on the ICA website