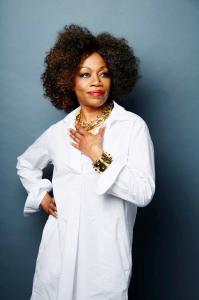 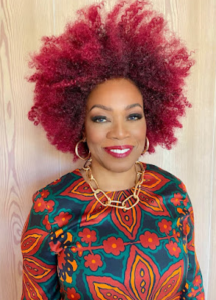 In yet another tribute to the actress, the Dallas Independent School District is rebuilding L. G. Pinkston High School, where Taylor was a student, and naming the new Fine Arts Department for Regina Taylor.

Actress from I’ll Fly Away, The Unit and Lovecraft Country to Portray Source of FLOTUS’s Strength in The SHOWTIME® Anthology Drama Series

It was crucial for Michelle Obama, as the first Black woman in the White House, to bring along her essential source of strength – her mother, Marian Robinson.”

THE FIRST LADY is a revelatory reframing of American leadership, told through the lens of the women at the heart of the White House. In the government’s East Wing, many of history’s most impactful and world-changing decisions have been hidden from view, made by America’s charismatic, complex and dynamic First Ladies. The series will peel back the curtain on the personal and political lives of three unique, enigmatic women and their families, tracing their journeys to Washington, dipping into their pasts and following them beyond the White House into their greatest moments. Through interweaving storylines so intimate it’s as if the White House walls are talking, season one focuses on the enlightening lives of Michelle Obama, Betty Ford and Eleanor Roosevelt.

Produced for SHOWTIME by Lionsgate Television, the 10-episode series, created by Aaron Cooley, is executive produced by Oscar winner Cathy Schulman (Crash), who also serves as showrunner, and Oscar and Emmy winner Susanne Bier (The Undoing) executive produces and directs all of season one.

“Michelle Obama has always credited her mother as being an inspirational role model,” Taylor said. “Her mother and father were absolute pillars of strength, encouraging her to pursue her dreams, let no one deter her and to not get in her own way. It was crucial for Michelle Obama, as the first Black woman in the White House, to bring along her essential source of strength – her mother, Marian Robinson.”

Taylor said it is a great honor to be working with such an astonishing cast of actors in the widely anticipated series.

“Each performer is singular, amazing and a beautiful testimony to the strengths of first ladies and their lasting imprint on our world,” Taylor said. “THE FIRST LADY is a timely and provocative project that enables us to see how the lives of these first ladies influenced American culture and politics. Helmed by the brilliant director Susanne Bier, the series is beautifully crafted and realized with indelible performances by Viola Davis, Michelle Pfeiffer, and Gillian Anderson, accompanied by an extremely impressive ensemble.”

Taylor is an Actress, Writer and Director

Taylor became best known for her role as Lilly Harper in the iconic TV series I’ll Fly Away (with Sam Waterston). Her poignant characterization won her a Golden Globe Award for Best Actress in a TV Drama, an NAACP Image Award for Most Outstanding Actress in a Drama and Emmy nominations.

In the role of Molly Blane in the CBS action series The Unit, Taylor earned her second NAACP Image Award for Outstanding Lead Actress in a Drama. Taylor has starred alongside top leading men in Hollywood including Denzel Washington in Courage Under Fire, Sam Jackson in The Negotiator and Sidney Poitier in a A Good Day to Die. Taylor was the first Black woman to play Juliet in Romeo and Juliet on Broadway and to play a lead in a PBS Masterpiece Theater presentation, Cora Unashamed.

Taylor’s first film was the made-for-TV movie Crisis at Central High, starring Joanne Woodward, in which she portrayed Minniejean Brown, one of the first Black students to integrate the Arkansas school system. Taylor next garnered praise for her role as Mrs. Carter, a drug-addicted mother in 1989’s Lean on Me, alongside Morgan Freeman. Other film roles include Spike Lee’s Clockers, Saturday Church and Losing Isaiah.

Taylor is an Award-Winning Playwright and Director

She is currently writing projects for Audible and London’s The Old Vic, and developing, mentoring and directing a new play by Phanesia Pharel for Le Femme Productions in New York.

Taylor is writer-in-residence at New York’s Signature Theatre and is a distinguished artistic associate of Chicago’s Goodman Theatre, where she is one of its most produced playwrights. She wrote and directed Crowns, a play adapted from the photographic essay book of the same name. Crowns has toured the United States, including runs in New York and Washington, becoming one the most-performed musicals in the country and garnering four Helen Hayes Awards (including outstanding directing).

An avid social activist, Taylor, in conjunction with her alma mater Southern Methodist University, also launched the black album.mixtape. The black album.mixtape invited collaborators from arts, technology, science and activism to submit works exploring questions about the historical significance of 2020 within the scope of COVID-19 and the death of George Floyd. Entries included works of video, music, audio, images, monologues, photos, designs, text, interviews, and self-interviews. Prizes were awarded to winning collaborators.

In yet another tribute to the actress, the Dallas Independent School District is rebuilding L. G. Pinkston High School, where Taylor was a student, and naming the new Fine Arts Department for Regina Taylor.